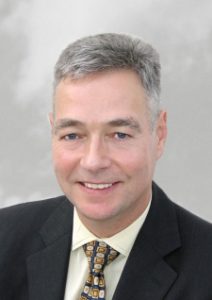 Mr Alan Mills specializes in Commissioning & Start-Up (CSU) and is a subject matter expert in Systems Completion, operating as an auditor, advisor and trainer.  He is a Chartered Engineer and Fellow of the Institute of Marine Engineering, Science & Technology (IMarEST).

Alan created Falcon Global Ltd as a start-up company in 2000, then spearheaded the market launch of 2 successful software products; first PathMaker in 2005, followed by Zenator in 2010.

He then went on to develop business on 5 continents, producing worldwide sales revenues of $40 million with blue-chip customers that include: Chevron, ExxonMobil, Anadarko, Petrofac, PDO and others.

His 35 year career in the oil & gas industry, much of it spent working internationally in US, Europe and SE Asia, has been mainly focused on CSU.

He is passionate about increasing process safety and helping companies to be successful in the way their projects are completed.  His influence was proven with outstanding achievements on major capital projects in Algeria, Angola, China, Hong Kong, Indonesia, Kazakhstan and Nigeria.

Alan graduated from Trent Polytechnic Nottingham in 1983 with a BSc (Hons) in Civil Engineering and developed a career with Brown & Root, Shell and ARCO British Ltd, working in Design, Projects and Operations.

He joined the Institute of Marine Engineering in 1983, now known as IMarEST, and qualified as a Chartered Engineer in 1985.

From 1991 to 1992 he studied at Aston Business School, Birmingham for a Masters’ Degree in Business Administration (MBA), majoring in Finance and International Marketing.

He was Chairman of the East of England branch of IMarEST from 2001 to 2004, received the President’s Commendation for exceptional service to the Institute in 2006 and became a Fellow in 2012.

He is currently serving as Chairman of the Gulf Coast branch in Houston, Texas since 2012.

He is married with 2 daughters and lives in Houston, Texas.